The Fiat Croma is a nameplate used for two automobiles produced by Italian automaker Fiat, one built from 1985 to 1996 and the other since 2005.

The original Croma was a five-door notchback liftback penned by Giorgetto Giugiaro and built on the "Type Four" chassis, which was designed in cooperation between several companies and was also used for the Saab 9000, Lancia Thema and Alfa Romeo 164. Although the other models were executive cars, the Croma was marketed in the large family car segment, replacing the Fiat Argenta.

Production ceased in 1996, and Fiat abandoned the large family car segment. The Bravo/Brava-based Fiat Marea small family car replaced the Croma and Tempra as the largest saloon and estate in Fiat's model range.

The Fiat Croma was the first passenger car in the world to have a direct injection Diesel (Turbo D i.d.) engine in (1986).

In 2005, Fiat announced a large cross-over wagon with an upright tailgate, reminiscent of that of the Fiat Stilo, resurrecting the Croma nameplate. Again, Giugiaro styled the exterior, while the chassis was provided via the short-lived link with General Motors. The new Croma is therefore based on the extended variant of the GM Epsilon platform sharing components with the Opel Vectra and Saab 9-3. It went on sale in Italy in June 2005.

Unlike the previous model, and aware of its lack of image in the upper market segments, Fiat opted for not developing a standard large family car but developing a "Comfort Wagon", an automobile with design elements of both estates and large MPVs. Its height of 1600 mm falls between the Mitsubishi Grandis and Ford S-MAX large MPVs (1655 mm and 1660 mm respectively) and Toyota Avensis Wagon (1525 mm).

In February 2007, Fiat UK announced that the Croma would no longer be generally available in the UK, after less than 900 were sold in the whole of 2005. The car will still be offered by special order only, with right-hand drive models manufactured to customer specifications.

The Croma is manufactured with seven airbags as standard including knee bag for the driver. As standard the Croma is equipped with anti-lock braking system and electronic brakeforce distribution. It has a five-star EuroNCAP crash rating for adult occupant protection:

The Croma got a minor facelift at the end of 2007. A new grille (Bravo look) and rear bumper, as well as some material changes inside are the main differences. Fiat now designates the revised model as "Station Wagon" instead of the previously used term "Comfort Wagon". 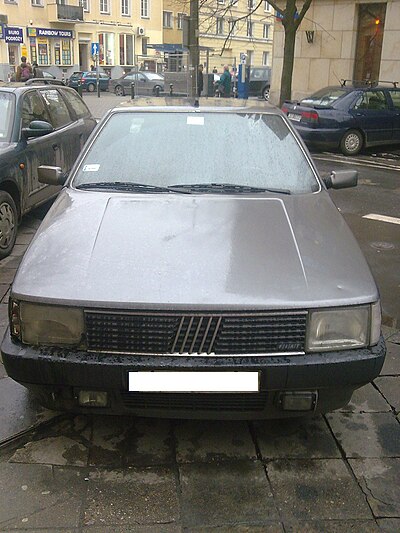